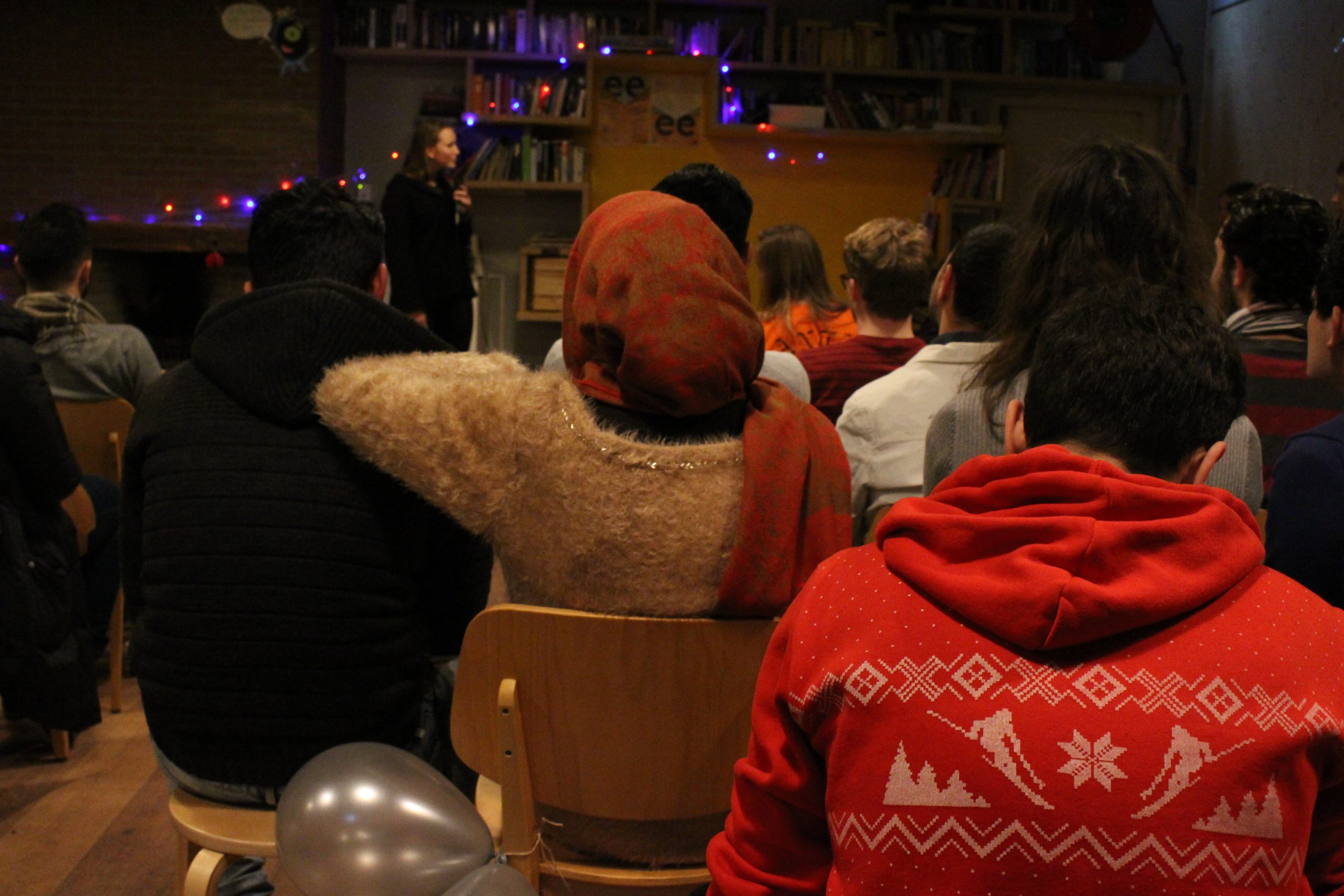 As students prepare themselves for this new academic year, Right2Education is also getting back into the rhythm of things with new ideas and goals. Another Dutch A1 class has just started, with new guest students and student teachers as well as AUC buddies. During this semester, it has been decided that fewer classes will be turn so as to improve the quality and content, ensuring all guest students receive the best possible materials and teaching. An introductory potluck barbecue took place in Flevopark in which guest students met their buddies and soaked up the summer sun.

The Right2Education team is working on creating events such as a Syrian food cooking workshop, museum excursion and regular potlucks and dinners. But with October rapidly approaching, thoughts turn to the beginning of Right2Education.

October 2015 was in many ways, a turning point for the AUC student body and the start of the what is now known as Right2Education. A petition was launched asking students whether they thought refugees should attend AUC courses. The response, as expected, was overwhelmingly positive. A new energy and determination was flowing through the university and a few students picked up on it and turned it into a concrete project. Once they started, there was no stopping them.

After several meetings with AUC management, faculty and administration and an intensive winter break spent working on materializing this idea, the project was launched in January 2016. The idea was simple: welcome refugees into the academic sphere. But the implications of this act were much more profound. The refugees were and continue to be known as “guest students” as they are guests within the student environment of AUC.

They took part in Dutch language classes, taught by AUC students and official teachers and participated in events such as ice skating and potlucks and dancing. Their presence in the building was a source of hope. It was a sign that the youth was capable of acting, capable of collaborating and being engaged. Of course, many problems were encountered. One of the main ones was because of the procedure refugees have to go through to receive their residence permit. At any time, they could be moved to another part of the Netherlands to finalize the process without knowing when or how long it takes. This had been an ongoing issue but one that particularly affected Right2Education in April. A new class with new students was set up. The teachers were ready and the materials printed. But the day after the first introductory lesson, half of the class has to move to another part of the country to start their procedure. Obviously, in such cases, the priority is their residence permit and their legal status. Dutch classes organised by Right2Education will always be there for them. But it was a shame nonetheless.

On a more positive note, Right2Education has established cooperation with several partners, from other University Colleges to local refugee projects to political representatives such as a member of the US embassy. Students, both AUC and guest, have taken part in ice skating, bike rides, eating the traditional Right2Education hummus and bread combo and just generally enjoying hanging out together.

Some of the initial founders have left to study abroad but the roles have been taken on by other students with just as much passion and will to work within the now Right2Education Stichting. It is hard to believe that almost a year has passed since the initial call to action. Everyone has grown, changed and learnt a lot from this initiative. For AUC, it has called for a reconsideration of the term “diversity”, once that the university stands by. And seeing people from Syria, Afghanistan, Iran, Sudan and Eritrea walk around the building has definitely contributed to the redefining this term. For students, it has been a year manifesting power and engagement as well as working alongside established institutions so as to make this happen.

Right2Education cooperates with a variety of partners but the commonality of them is the desire to transform this refugee crisis into a opportunity. An opportunity to welcome new people. To experience new cultures, new languages, to enrich our society and our traditions. To go against those virtual and physical walls and reach out and in return, learn from inspiring people. And what better place to do it than in an academic setting where neutrality reigns and students are never strangers but partners, devoted to learning and studying.